One of the most famous poems ever to be published in the North American Review was William Cullen Bryant’s “Thanatopsis,” which appeared in the magazine’s pages in 1817 (5.15 September 1817) along with his translation of an ode by Horace, an imitation of another of Horace’s odes, and a fragment that he later revised and called “Inscription for the Entrance to a Wood.”

Portrait of William Cullen Bryant (1828-9) by Samuel Morse. (You might know of Morse, by the way, as the man who helped to invent the single-wire telegraph system and to co-develop the Morse code.)

The imitation of Horace (Book I Ode ix) is dedicated “To a discontented friend,” who has been identified as Elisha Hubbard (see The Letters of William Cullen Bryant, edited by William Cullen Bryant II and Thomas G. Voss). Hubbard was a friend and former fellow-student both at Williams College and later in Worthington, Massachusetts, where they each studied law under Judge Samuel Howe. According to Gilbert Muller in his book William Cullen Bryant: Author of America, when Judge Howe “caught his pupil reading Wordsworth’s Lyrical Ballads, he admonished Bryant not to waste his time” (18). The young poet, of course, did not heed this advice.

The Horace translation (Book I Ode ii), an ode originally written around B.C. 29 in honor of Rome’s first emperor Octavian (soon to be bestowed with the title of Augustus), was preceded by the following note to the NAR editors:

I know not that the attempt has ever been made, by any of the various translators of Horace, to give his Sapphics an English dress in the same metre. —I send you the following rather as a curiosity, than as a specimen of elegant poetry. I believe, however, the version will be found tolerably correct. If you think it worthy of putting in type, you will, by publishing it, oblige             B.—

Bryant admired Horace greatly; for instance, in a speech in honor of the American poet Fitz-Greene Halleck, he said,

If, gentlemen, by any possibility we could have among us for a time, in full life, the Roman satirist and lyrist, Quintus Horatius Flaccus, we should forego no fitting manner of expressing our admiration for his genius….Gentlemen, with a dead Horace you can do nothing—I suppose you are all aware of that; but the living Horace is here—the Horace of this great, opulent, populous, luxuriant Rome of the Western Hemisphere.

While I find it interesting here that Bryant not only considers Hallack to be the American Horace, but he also considers the United States to be the “Rome of the Western Hemisphere,” what is perhaps most notable concerning his translation of Horace is his experiment with meter, a subject he was especially interested in, and which he’d return to later in the North American Review with his essay “On the Use of Trisyllabic Feet in Iambic Verse” (9.25 September 1819). (This essay is actually an excerpt of a longer essay, portions of which he’d begun writing as early as 1811.) To restrict a poet’s genius with “tame Iambics,” Bryant says—he gives the example of Edward Young’s Night Thoughts—is to injure “the fine flow of his own imagination by violent attempts at point and an awkward sententiousness. It was like sitting the Mississippi to spout little jets d’eau and turn children’s water-wheels” (428).

Asher B. Durand’s “Landscape—Scene from ‘Thanatopsis'” (1850), inspired by Bryant’s poem. Click on the image to see a detail of the small burial scene taking place in the foreground grove.

“Thanatopsis” is just such a metrical experiment as he discusses in “On the Use of Trisyllabic Feet in Iambic Verse,” moving away from the strict reliance on iambics toward the relative freedom of trisyllabic feet. As Max Cavitch argues convincingly in American Elegy: The Poetry of Mourning from the Puritans to Whitman

Bryant’s use of trisyllabics…suggests a connection between the irregularity of natural and poetic forms and indicates that metrical variation will be part of his communion with the reader….Modest as it now seems, this sort of variation on strict iambic meter was fairly daring at a time when liberated rhythms were finding slow acceptance in New England. Eighteenth-century prosodic standards were still being generally upheld. (121-2)

The original publication details of “Thanatopsis” are interesting enough to note them here. The title wasn’t originally Bryant’s; rather, it was conferred on the poem by the NAR editors. What’s more, the editors believed that the poem was actually written by Bryant’s father, Dr. Peter Bryant, because not only was it written in the elder Bryant’s handwriting, but he was also the one who had submitted the work to the NAR, presumably without the younger Bryant’s knowledge. The version of “Thanatopsis” in the North American Review is also not the version most people are familiar with. For one, appended to the beginning of the poem by the editors, who believed them to be an introduction, are four quatrains of iambic tetrameter rhyming ABAB, which contrast markedly with the blank verse of the rest of the poem. These quatrains were later removed by Bryant, seventeen additional lines were added to the beginning of the poem, and sixteen lines added to the original ending.

Over the years there have been a number of articles about “Thanatopsis” that have appeared in the NAR, most notably “‘Thanatopsis’ in the North American Review” by William Lyon Phelps (201.711 February 1915), “The Centenary of ‘Thanatopsis’: An Unpublished Letter from Bryant” by Albert Fletcher Bridges (206.743 October 1917), and “Thanatopsis, Old and New” by Willis Fletcher Johnson (224.837 November 1927). William Cullen Bryant II, a collateral descendent of Byrant himself, also wrote a very informative article in the New England Quarterly in 1948 that thoroughly details the genesis of the poem.

Appearing in this same issue of the North American Review, between Bryant’s imitation of Horace and “Thanatopsis,” is an untitled poem that came to be called “The Earth, Man’s only Friend” (5.15 September 1817) by Lydia Huntley Sigourney, who was known as the “Sweet Singer of Hartford” and the “American Hemans” (after the English poet Felicia Hemans). The poem is introduced by the following:

Versification of a remark of Pliny—that all the elements were, in their turn, hostile to man, except the earth, who sustained him with the kindness of a mother, furnished an antidote for every poison that he might draw from her, and provided him with a couch of rest at his death.

It’s instructive, I think, to read Sigourney’s rhyming iambic pentameter against Bryant’s more liberal blank verse, the former representing something familiar and neoclassical, the latter something new and more romantic. Other poems by Sigourney appearing in the NAR are “Lines Written on the Banks of the Penobscot” (3.7 May 1816), “ Buonaparte” (3.9 September 1816), “On a Painting by Col. John Trumball, representing a scene from Scott’s Lady of the Lake” (3.13 May 1817), “Hope and Memory” (3.13 May 1817), “On Seeing a Head of Raphael, Elegantly Copied by a Young Lady” (5.14 July 1817),  The Cave of Eolus.—Imitated from Virgil” (6.16 November 1817), and “Imitation of the Lines Repeated by the Poet Lucan, After His Veins Were Opened, By Order of the Emperour Nero” (6.16 November 1817).

I’d like to point out one other particularly interesting piece by Bryant that appeared in the NAR; in “Essay on American Poetry” (7.20 July 1818) he calls for equanimity in the criticism of American poetry:

National gratitude—national pride—every high and generous feeling that attaches us to the land of our birth, or that exalts our characters as individuals, ask of us that we should foster the infant literature of our country, and that genius and industry, employing their efforts to hasten its perfection, should receive, from our hands, that celebrity which reflects as much honour on the nation which confers it as on those to whom it is extended. On the other hand, it is not necessary for these purposes—it is even detrimental to bestow on mediocrity the praise due to excellence, and still more so is the attempt to persuade ourselves and others into an admiration of the faults of favourite writers. (198)

This review essay takes on Solyman Brown’s anthology An Essay on American Poetry, with several miscellaneous pieces: on a variety of subject sentimental, descriptive, moral, and patriotic, excoriating Brown himself quite scathingly:

Mr. Brown has fallen into a great mistake in thinking himself qualified to write a book. In the present instance, with talents of a very humble order, he has assumed a very pompous tone, and made a great parade of small acquisitions. (211)

Solyman Brown, dentist and poet of Dentologia: A Poem on the Diseases of the Teeth and their Proper Remedies (1833). (And if you ask me, he kind of looks like Patrick Dempsey.)

Otherwise, Bryant expresses a familiar anxious attitude in this review that the early editors of the North American Review also had. That is, they wished to promote American literature and culture, as distinct from English literary and cultural models, while also maintaining the highest aesthetic standards.

By way of ending, let me recommend a thoughtful and engaging book called Under Open Sky: Poets on William Cullen Bryant (Fordham UP, 1986), which editor Norbert Krapf calls “a reappraisal of WCB, pre-eminent nineteenth-century poet and editor, by twenty present-day American poets,” among them Richard Eberhardt, William Heyen, Linda Pastan, and Richard Wilbur.

6 comments on “William Cullen Bryant and the North American Review” 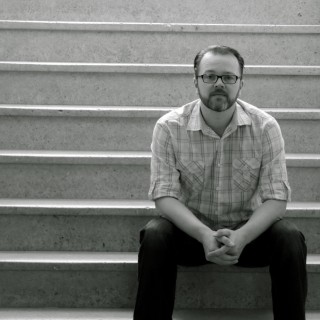